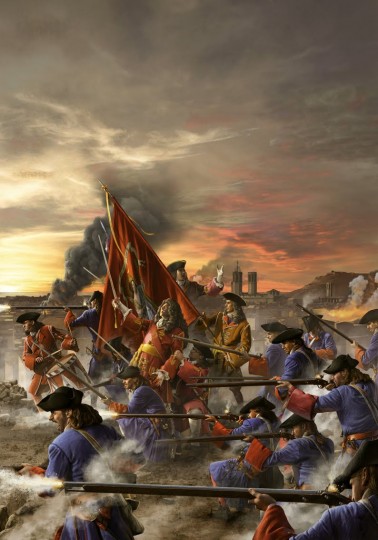 In Catalonia, the commemoration of that defeat will have a strong political signification. After that battle, Catalan institutions were abolished, Catalan language banned during public activities and people had to accept the authority of Phillip V de Bourbon, the new king of Spain. It is obvious, that it is not by chance that the Catalan autonomous government has decided to organise a referendum for the independence in 2014, just three centuries after the defeat. But in Scotland —where there will be a secession referendum this September 18th— almost no one gives political meaning to historical battles. « Contrary to Catalonia, in Scotland no one has ever denied our identity. And maybe because of that, we don’t use the history to have arguments and justify our politics”, claim Blair Jenkins, chief executive of YES Scotland pro-independence platform.

So, without the political connotation that we can find in Catalonia, in 2014 Scotland commemorates the 700th anniversary of the Battle of Bannockburn, where the king Robert the Bruce I defeated Edward II of England in a spot not far from the Stirling Castle. The victory meant the end of thirty years of English interferences in Scottish politics: Indeed in 1286, the death of Alexander II left the kingdom of Scotland without a crown prince and from that moment, the English tried to control their neighbours of the north. First William Wallace, and later Robert the Bruce I, have fought the English army. In the end, after the battle of Bannockburn, Scotland could declare its independence, even though there was no official recognition until 1320.

In the middle of the battlefield // 700 years later, the battlefield where the English and the Scottish army fought is a green landscape —without trees— close to the houses of Bannockburn village, just 2 miles from Stirling Castle. In this spot, nothing reminds us about war, except the bronze sculpture of Robert the Bruce I, set up during the 60s. Nowadays, a few meters away from the sculpture, we can find the new Battle of Bannockburn Visitor Centre that has just opened this week. 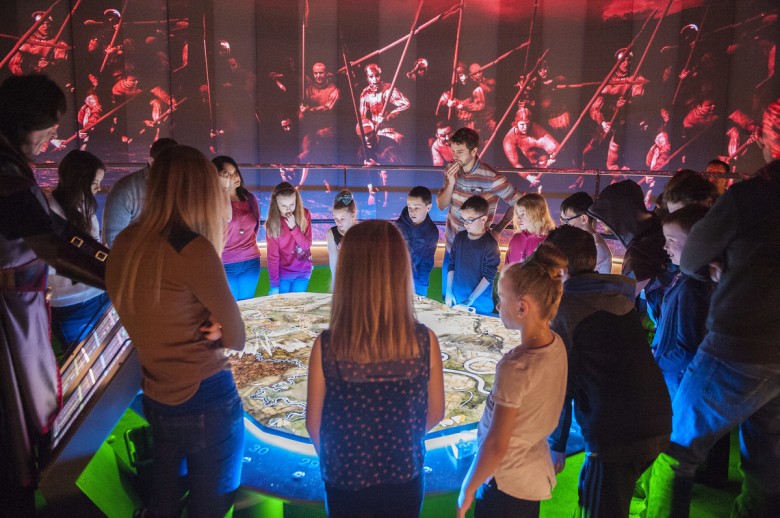 One of the most interesting attractions there is the almost 360º screen that allows the visitors to be right in the middle of the 3D recreation. « We want the visitors to feel part of the history, and even though it is a virtual battle, they can be in the fight, among knights, archers and soldiers coming out of the screen », said Scott McMaster, property manager of the visitor centre. And after being submerged in the battle, the visitors can try their skills in military tactics in an adjacent room, where a circular table recreates the landscape of the area. Each player around the table is in charge of a group of soldiers of either the English or the Scottish army (it is the guide of the museum who decides). The aim is to defeat the enemies and occupy the Stirling Castle. If at the end of this activity the visitors still need more realism, they can wait for the medieval festival organised on the last weekend of June —the actual date of the battle—when they will be able to be in a Middle Ages army camp and to walk among soldiers in the flesh. (Sapiens.cat 4/2/2014 // Photo1: Barcelona 1714 // Battle of Bannockburn Visitor Centre)