The hiking route ‘Southern Stars’  [called ‘Estels del sud’ in Catalan] crosses the Natural Park of ‘Els Ports’, located in a mountain range right at the meeting point between the regions of Catalonia, Valencia and Aragon. Over five days, the route passes through the picturesque villages of Paüls, Arnes and Beseït. This is a great walking route to explore the full range of human and natural landscapes, some of which inspired one of the most innovative painters of the twentieth century, Pablo Picasso. 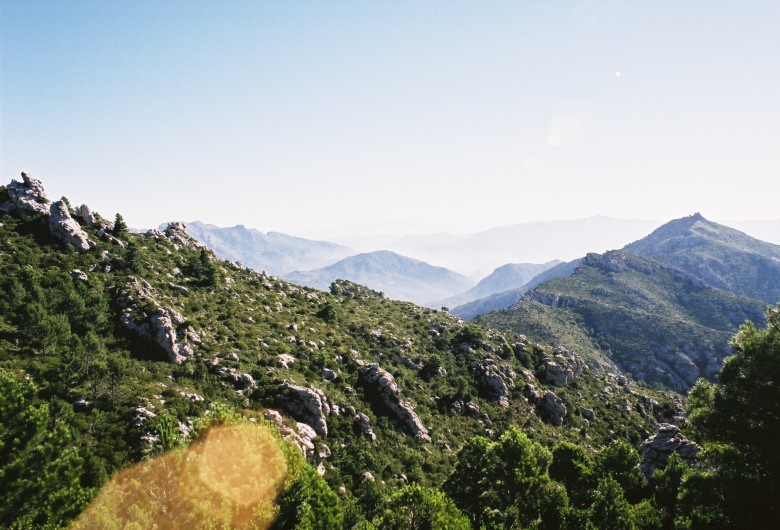 “We marked five points on the map following the main path that circles the mountains of the natural park of ‘Els Ports’. Uniting every one of them in a straight line, we saw something that reminded us of the shape of a constellation,” said Gabriel Gutiérrez, who runs the Font Ferrera mountain refuge. Ten years ago, those sketches on paper gave the name to the hiking project Estels del Sud [Southern Stars]. Southern, because although shorter sections of the route are in the Matarranya (east Aragon) and the Maestrat (north Valencia) areas, the longest part crosses southern Catalonia. The full route took us five days walking twenty kilometres per section on average; maybe hard if you are a not used to walking at all, but quite easy for non-professional hikers who just want to enjoy natural areas. But what makes this route unique is the very different kind of spaces you pass through: beech woods, pine and oak forests, green meadows, bare mountains and deep ravines furrowed by little rivers. “But beyond the natural interest, Estels del Sud helps to discover small mountain villages and its people,” added Gutiérrez.

First stage: Mont-Caro Refuge – Paüls // The circular route can be started at any of the five stages and walked in both directions. So on our first day we decided to walk from the highest point of the mountain range —the Mont-Caro peak (1447m) — towards Paüls, in an anticlockwise direction. We reached the village after passing Les Foies, Les Rases del Maraco and El Coll de l’Espina. Just after the Sant Roc forest, we got our first glimpse of the houses at the centre of a natural amphitheatre enclosed by the foothills of the mountain. It is interesting to climb to the top of the village, where there are the remains of the medieval castle and the old church with a high viewpoint that embraces the entire valley. 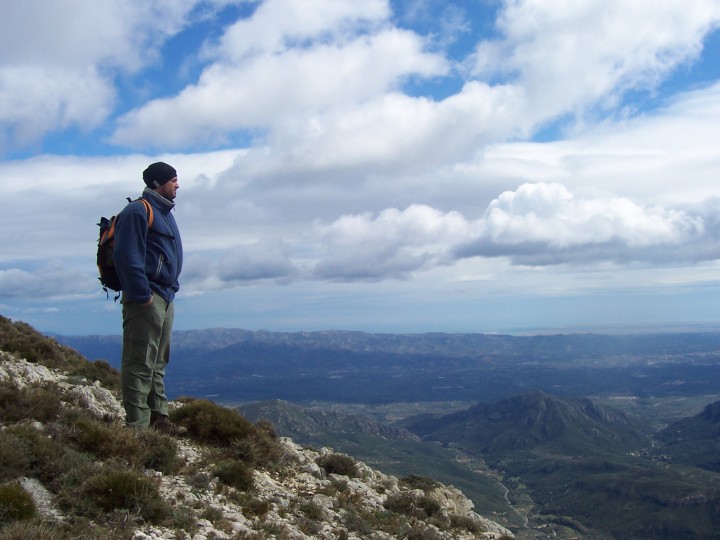 Second stage: Paüls-Arnes // Between Paüls and Arnes the track passes near les Roques d’en Benet (1016m), an impressive compact group of sheer rocky outcrops. It was easy to see vultures flying over our heads and Iberian wild goats —strong mountain animals with large and curved horns— climbing the cliffs. More than one hundred years ago, this area located near the village of Horta de Sant Joan, inspired the avant-garde painter Pablo Picasso to create cubist pictures. At the end of the stage, we reached Arnes on a flat hill with its church and its Renaissance style Town Hall building. Just in front, there is a huge natural balcony looking out over les Roques d’en Benet from the distance, one of the most photographed landscapes in that part of the mountain range.

Third stage: Arnes-Beseït // On the third day, the dense forests of el Coll de la Creu, La Roca Grossa and the Algars contrasted with the bare, dry and windy summit of Roca Galera, a bow-shaped plateau overlooking Terra Alta and Matarraya counties. Near the houses of Beseït, we crossed the river Ulldemó and we saw the bell tower of the Sant Bartomeu church which guided us to the little town centre, the last village we would past through during our trip. 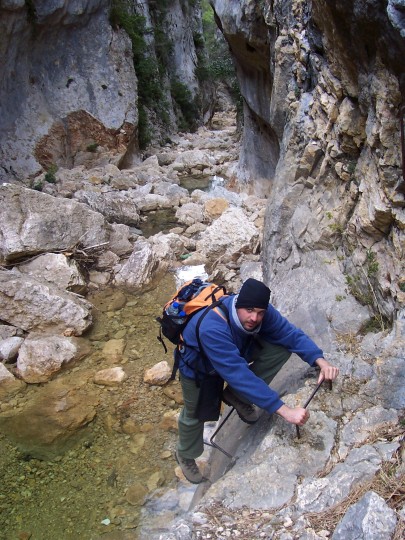 Fourth stage: Beseït-Font Ferrera Refuge // If you like swimming this is an enjoyable section to walk. June and July are the best months to swim in the Matarranya, the river that has shaped the rugged rocky landscape between Beseït and Font Ferrera. After a cooling dip we walked through the gorges with footbridges attached to the rocky walls. Going in to the canyon known as Gúbies del Parrissal, the walls were so impressive and vertical that we could only see a narrow line of sky above us. Technically, this was one of the most complex parts of the route.

Fifth stage: Font Ferrera Refuge – Caro Refuge// The stage remaining —which ends not far from the Mont-Caro peak— is a little bit gentler. The climb to the Coll dels Pallers was quite hard, but worth it to enjoy the views of the east part of the mountain range and the Ebro river valley. From there, we just followed the last few blue stars signs painted on the rocks that had  escorted us for the previous five days.