Catalonia, a date and a question

Home Blog Catalonia, a date and a question

Catalonia, a date and a question

If the Catalan referendum is to be credible, the Government must fix both a date and a question: “When you have a question and a date, the process seems much more serious”. Two weeks ago the Catalan media quoted the words of Agnus MacNeil, MP for the Scottish National Party in the British parliament. MacNeil, trying to compare Catalan and Scottish politics, talked about one of the main questions in regards to the processes of independence in Catalonia: Is the Spanish Government going to allow a referendum? What is the Catalan Government going to do if Madrid denies it? 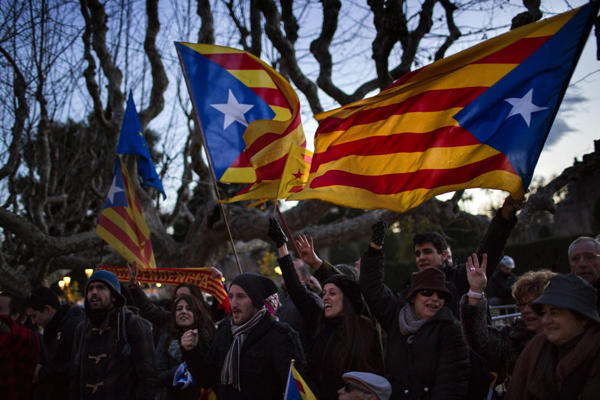 As the Spanish Constitution states, the Central Government of Madrid have the means to organize the referendum. For this reason, this summer Catalan Prime Minister Artur Mas sent a letter to Mariano Rajoy, Prime Minister of Spain, requesting sanctioning of a referendum in accordance with Spanish law, as happened between Scottish First Minister Alex Salmond and the British Prime Minister David Cameron.

But as of yet, the Government of Madrid has yet to respond, and it is easy to foresee that they will deny the request. So, has the Catalan Government a back-up plan? Last week, in an interview with Catalunya Ràdio, Artur Mas proposed as a alternative to celebrate elections with plebiscitary character where the parties would take position, together or separate, concerning the YES or the NO. Then, if the political parties for independence were to obtain a majority, it may be possible to declare independence unilaterally, because Catalan people elected for it. But, this situation would mean a new confrontation between Catalonia and Spain, and would raise many juridical and legal issues in Spain and in European Union. But will anyone dare the opinion of the Catalan people? (Photo: Emilio Morenatti/AP)