That wasn’t a simple case of chickenpox

Home Blog That wasn’t a simple case of chickenpox

That wasn’t a simple case of chickenpox

The Arab Spring outbreak surprised us because of our widespread ignorance of history. As happens many other conflicts, we wanted to find out the immediate causes for revolutions that had deeper roots. “The riots did not come out of nowhere, like a case of chickenpox. Behind them lies a story of struggle for real change through underground activism  […]”, says the journalist Olga Rodriguez in her book Yo muero hoy (I die today). 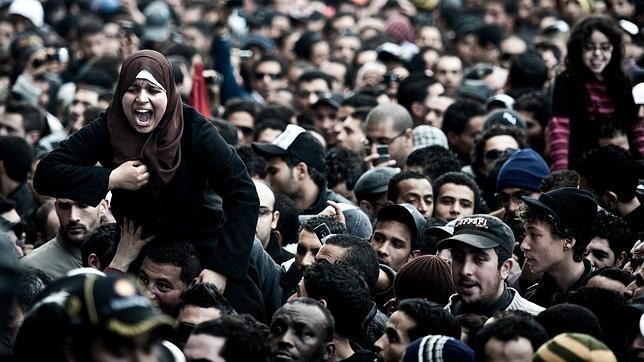 This foreogn affairs reporter East has published a book that taking a look at the second half of the twentieth century to frame the Arab protests in context. But the main part of the story is based on the voices of activists, lawyers and bloggers in the 21st century. The book explains the struggles in the valley of Gafsa in Tunisia, the feminist movements in Egypt, the demonstrations in the textile mills in the nineties and many other clandestine activities that laid the bases of the revolution. This had led to a journalistic work that does not only talk about elite classes, but also abaout the people on the street. The title of the book is clear: Yo muero hoy (I die today) was one of the slogans chanted by the young warriors on the frontline. Aware that they risked their lives, their dignity and desire for change were stronger than fear of death. 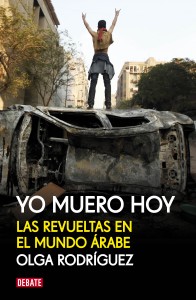 But Yo muero hoy also shows the gruesome backdrop of international diplomacy. Corruption, cronyism, economic inequalities and the lack of freedom in countries as Tunisia, Libya, Egypt and Syria where evident, but the European Union, the United States and the International Monetary Fund always turned a blind eye. Sarkozy, Aznar, Zapatero, Erdogan and Berlusoni are just some of the presidents and heads of state who were photographed with dictators although now they are hiding these skeletons in the cupboard.