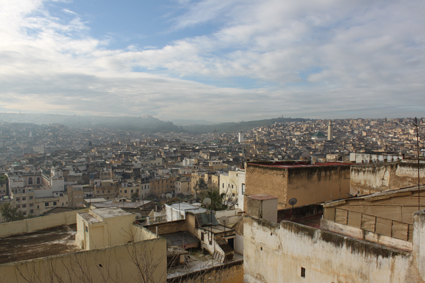 “Balak, balak!”, the carriers shouted aggressively, when they wanted to pass between the people in the streets of the medina of Fes. Because in this part of the city you can not get around by car, carts and donkeys are the only alternative to transport wares (animal skins, vegetables, flasks of perfume, bottles of cokes, etc) and do the distribute them to the houses and shops. For this reason, between the maze of alleys —it’s said there are more than nine thousand— you can feel the smell of the orange tree flower, but also the stench of the skin factories and the stink of donkey dung. To film a documentary among this mixture of smells, people and houses was not easy. We felt observed, and very often the police stopped us to ask for paperwork. We had the document of authorisation from the Centre Cinematographique Marocain. They looked at this the paper, read it with an incredulous expression and left us shooting with a bully expression. 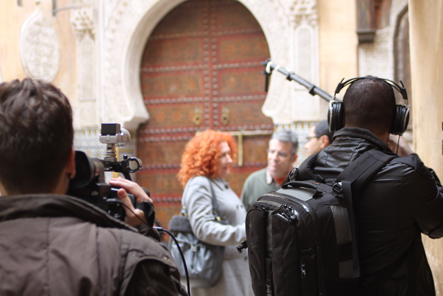 We could have shot this film just in Marrakech, but we did it in Fes due to Dolors Bonfill, a nurse from Roquetes —in Catalonia— who lives either in Terres de l’Ebre or Morocco. Eight years ago, Dolors opened the Riad Tafilalet, a little hotel in the medina of Fes, in a high spot near the city walls. The house, built at the end of the 19th century, has a big inner courtyard connected to the dining room, the small library and the stairs leading to the hammam and the bedrooms. But, one of the most interesting spaces of the house is the terrace with views of the roofs of the old town. It is worthwhile to stay there during the sunrise when the mosques stars to sing to call the faithful to prayer. 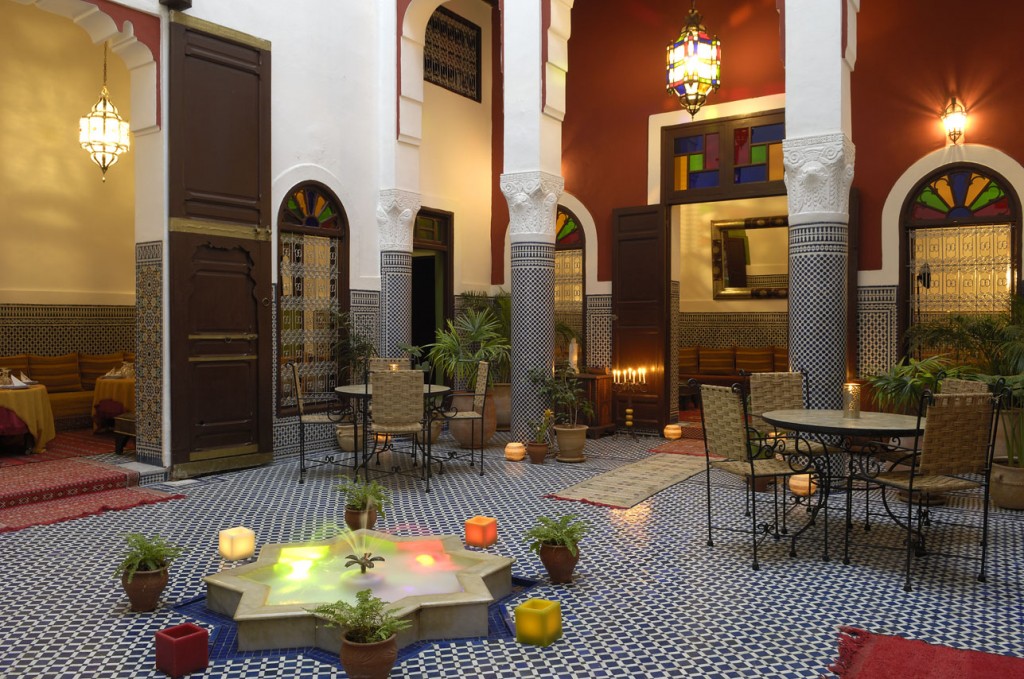 And when the night falls, the aromas of the food attract any the hungry guests. In the dining room, the tables are already set in a Moroccan way, full of little dishes: olives with spices, carrots with cinnamon, courgette with onion, etc. After this kind of appetizer you have to taste the lamb tagin —with prunes and almonds— or the couscous —with onion and sultana sauce— with vegetables. Ah-ha! While I’m writing this text my stomach starting to feel hungry and I’m looking forward to going back to Morocco. I hope It will be soon, God willing. Insallah, as Moroccan people say. 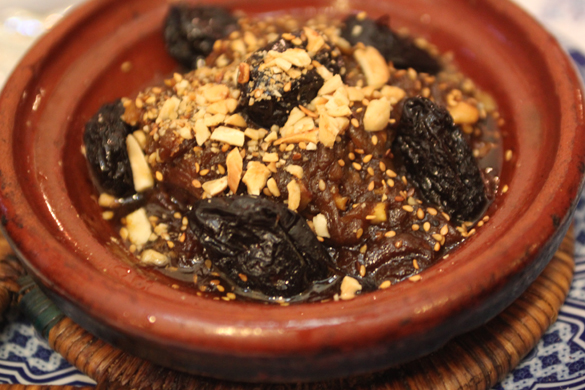