The silent revolution of Kurds in Syria

Home Blog The silent revolution of Kurds in Syria

The silent revolution of Kurds in Syria

I imagined we would find façades with sigs of shrapnel, burned houses, shops with closed shutters, supermarkets with empty shelves and streets without people, full of debris and abandoned tanks. This is the image the media usually gives of Syrian cities in conflict, but not all the towns in the area look like this. In the towns of Jendires and Kafer Safra —controlled by the Kurds in the north of the Allepo province— the situation is not as chaotic as you imagine and you can sense a feeling of everyday life: the customers go in and go out from the shops, in the primary schools the pupils are doing classes, women hang out the clothes in their house-roofs and the old men sit on plastic chairs in the street looking at the chaotic traffic. But, in spite of this ‘normality’, the war is evident: the people are armed, there are power cuts everdyday and the noise of the diesel generators is very loud. The shops are open but without some of their habitual goods and young students play pool waiting for better moments to go back to Aleppo University. 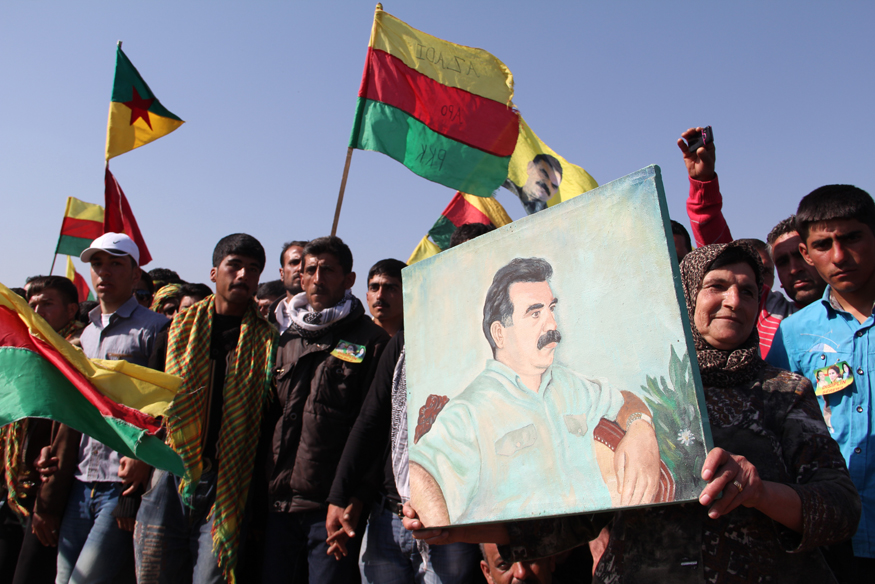 Two years ago, because of the outbreak of the war, the Kurds from Syria —they are a majority in the north of the country— had to decide between joining one of the  different groups that formed the Free Syrian Army —some of them radical islamists— or following the government of Damascus soldiers, laic, but dictatorial especially in Kurdistan area. The Kurds weren’t convinced so they decided to take a third way: declare an autonomy ‘de facto’ and administrate their own uprising. So, one year ago they manged to drive away the regime’s soldiers and the Free Army from their territories and, therefore, in Kurdistan the situation is more stable than in the rest of the country. Since then the Units of Protection from Kurdistan have taken control of the region, they have created a Committee with representation of fifteen Kurd parties, they started to teach the kurdish language in schools after more than forty years of prohibitions, and finally they launched RonahiTV, a bilingual television —in Kurdish and Arabic language— broadcasting from Brussels. 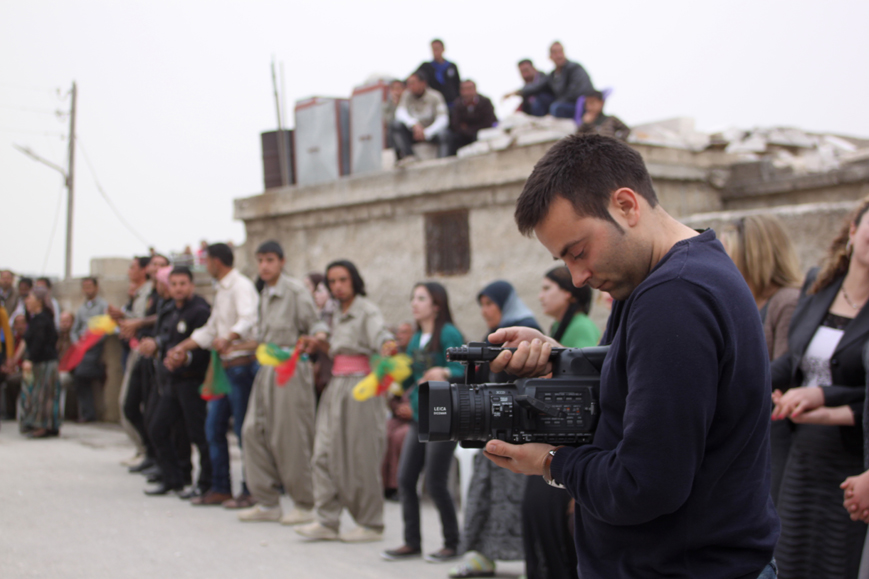 When my friend David Meseguer proposed me to go to Syria to film the documentary The silent revolution of the Kurds in Syria, I said yes inmediately. I known, going to war areas like Syria is dangerous, but I trusted him completely and couldn’t refuse the invitation. David knows the territory very well, he has studied all the details of the history of Kurds, he knows how to act in dangerous situations and is a fearless person but not reckless, an important detail when you are traveling to a peaceless country. For nearly three weeks we followed five characters to analyse the political process in Syrian Kurdistan focussing on five points: education, culture, politics, security forces and media. 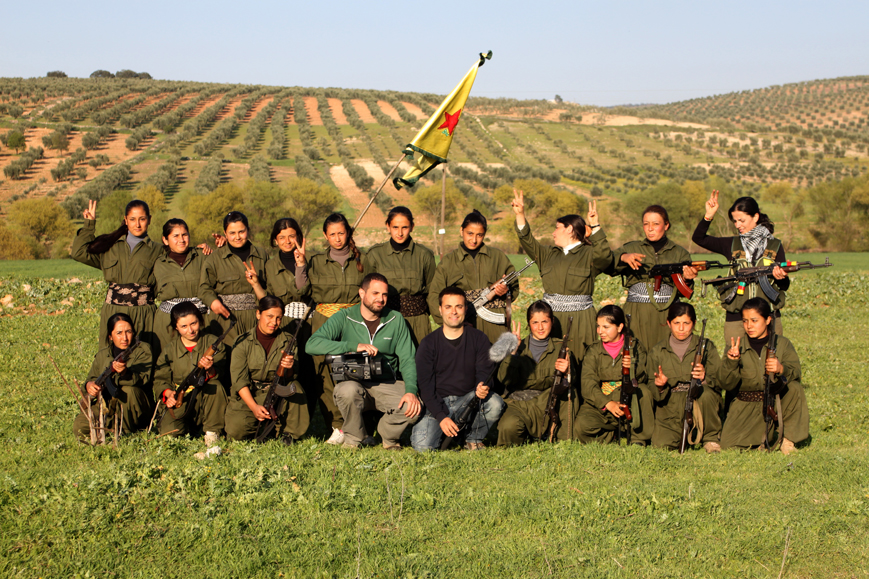 The political life in Syria —and in Kurdistan area— is so complex that seventeen days after filming I still can’t work out what is happening. The weakness of the regim is still enough strong to keep the power, at the same time the political opposition is divided in several groups without clear control of each other. And in this context, the political parties of the Kurdistan look for unity and avoid the discrepancies so as not to prove right those who talk about a civil war between the Kurds. Now, it will be necessary to see how the process of peace initiated between the government of Ankara and the Kurds of Turkey influences the situation of Kurds in Syria. 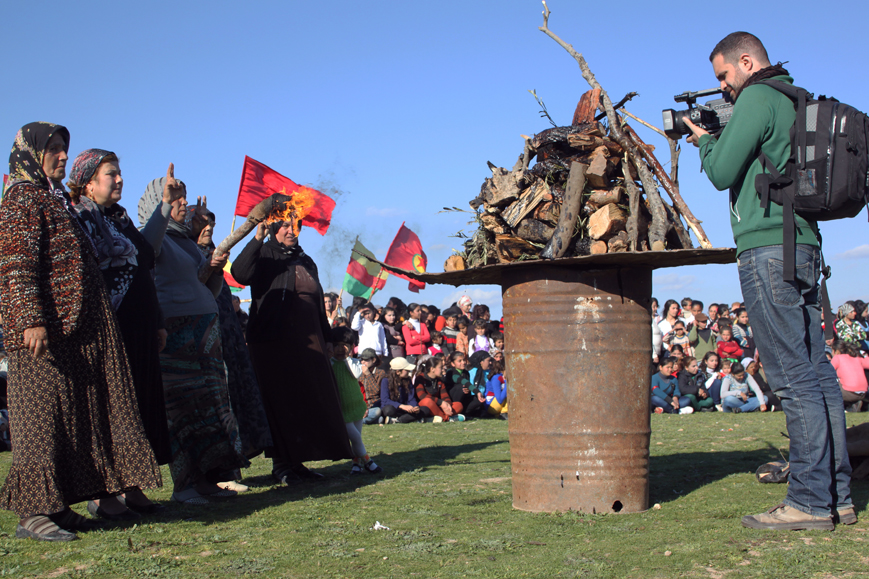 When, before leaving, I said bye-bye to Daleel Hasan — 24-years-old english teacher who worked with us as an interpreter— I wished him luck: “I hope the war finishes soon”. “We do not have faith, this is a encysted conflict that can last years. Haven’t you seen how the war has finished in Iraq? After ten years the bombs are still sploding. In Syria the same will happen ”, he said. I left Syria a little bit sad, but also happy after having known Daleel, and his uncle Hasan, the teacher Ali Ali, Faiq, Mohamed, Hasna, Samira, Ismail, Sherin, Abu, Hesen, Cudî, Haider, Murat, Gulîzar and so many other people that have done everything they can to make us feel at home. And with them I have ascertained that in the end Kurds and Catalans are not so different: they get use to being ignored and, as Catalans, when somebody is interested in their culture and says  ‘good morning’ in Kurd —Roj bas— their haue doors are wide open.