The cinema, as a cultural format, is a tool to explain reality to the world. Cinema, for the Kurdish People —divided, oppressed and ignored— is one of the best instruments to show their situation outside their territory, to unify the nation and keep the Diaspora together. This is one of the ideas underlined in the introduction of London Kurdish Film Festival, paper program, which is running in the British capital. A festival that in this edition has featured 212 films (23 features, 46 documentaries and 52 shorts), including the documentary The Silent Revolution, directed by my friend David Meseguer and me. 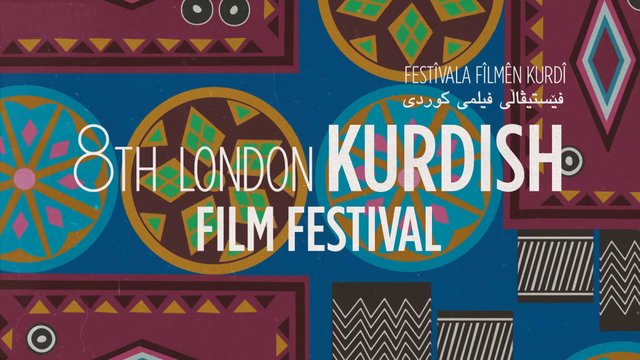 With our own work at the Picture House in Hackney, we had the opportunity to see a fortnight’s worth of films. In general, the films were emotional, explaining the concept of Kurdistan to the world while stimulating social, political, cultural and anthropological debates among the Kurdish people in the festival. On Sunday evening, after our presentation, there was a question time and we could exchange views with almost two hundred people filling the cinema, most of them members of the Kurdish Diaspora. The audience underlined two ideas about our documentary:

1- The Positivism point of view. The Kurdish nation is a traumatized nation and you can feel it in many of the films these days screened in the festival. The fights between tradition and modernity or the debate about the role of women were recurrent subjects in the feature films we saw. In the documentaries, the subjects were based around massacres, corruption in politics, war, refugees or burned villages. On the contrary, The Silent Revolution is a work looking more to the future than to the past. It explains how the Kurds of Syria have taken advantage of the context of the war to peacefully control the Kurdish territory, how they have created the basis of a new autonomous and democratic parliament, how they have started to teach Kurdish in the schools, how the role of the women became essential in the revolution or how they launched Ronahi TV just one and a half years ago, the first channel in Syrian Kurdistan, featuring both Kurdish and Arabic.

2- An ignored subject. Since we went to West Syrian Kurdistan last March —the area we filmed the documentary— the situation has worsened and it is almost impossible to access without putting your life in peril. This territorial isolation, obviously, it is also informative. Moreover, the international media speaking about Syria focuses on the conflict between the Regime and the rebels, ignoring the role of Kurds in the war. The Silent Revolution, therefore, gives a voice to a reality that finds difficulties to be shown.

We filmed the documentary with our own resources, it means with a limited budged. Furthermore, during the shooting, we worked in complex situations. For instance, we found checkpoints in every village; often there were electrical cuts and problems charging batteries. Also, it was difficult to find petrol for the car and move all around the area. But we are proud of the documentary. The warm welcome we received in London —thank you Kerim Gokturk, Rebwaar Salam, Mark Campbell and so many of others— is encouraging us to keep working on media projects like The Silent Revolution.